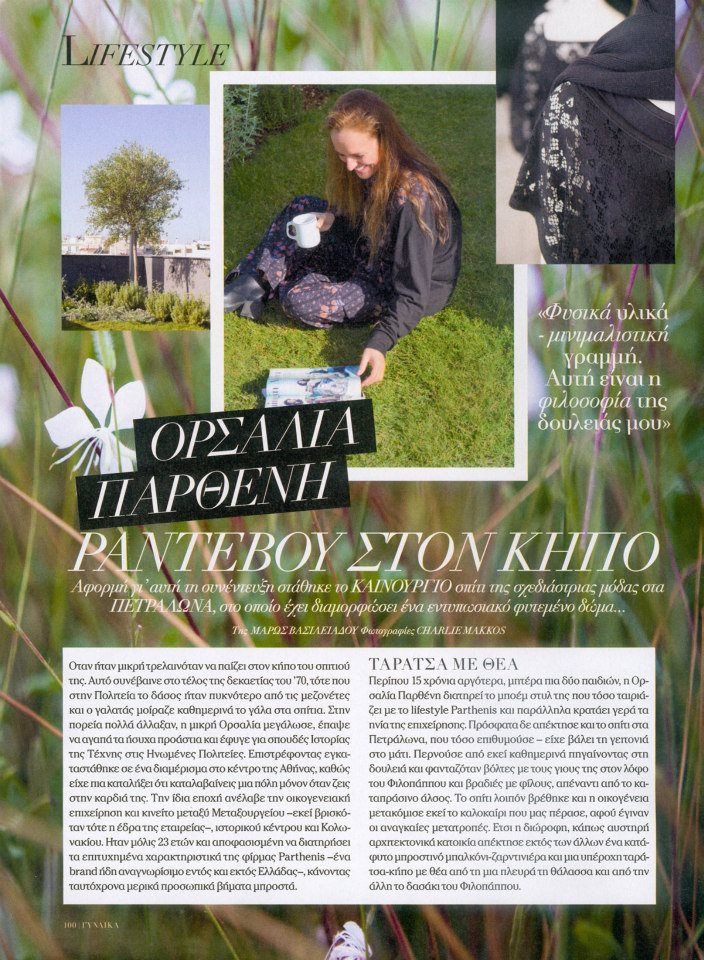 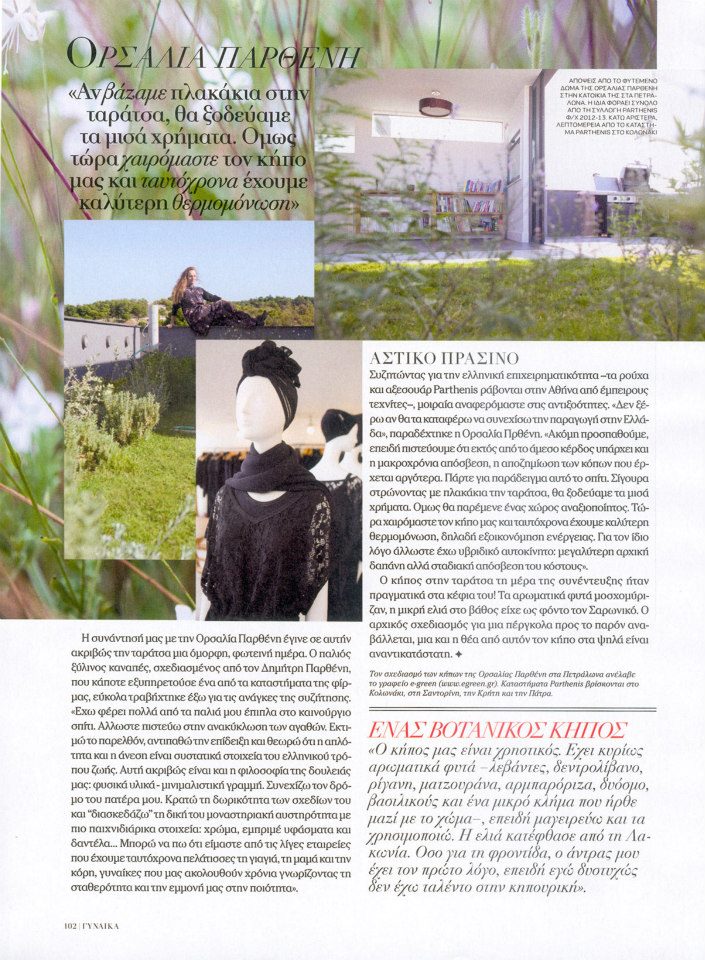 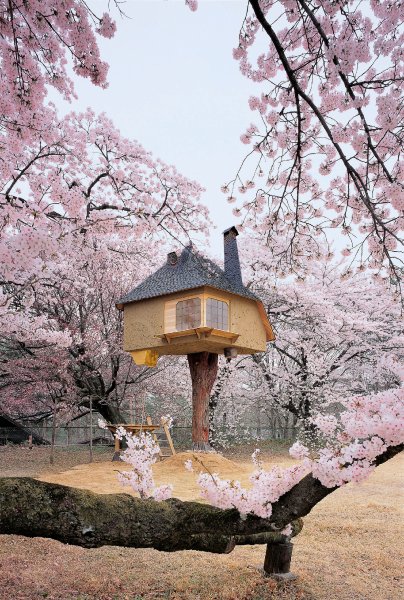 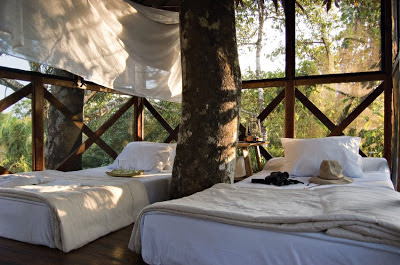 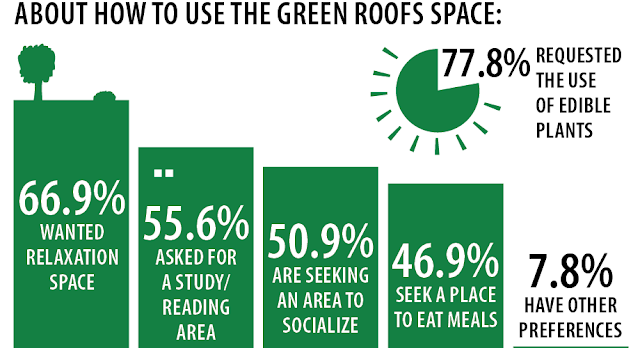 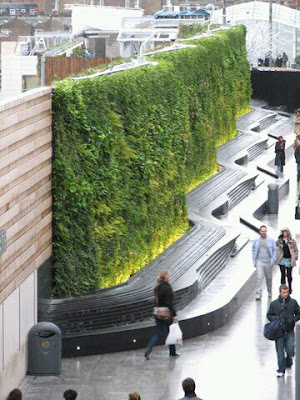 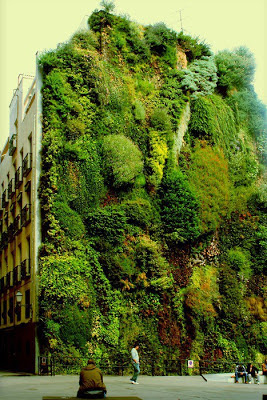 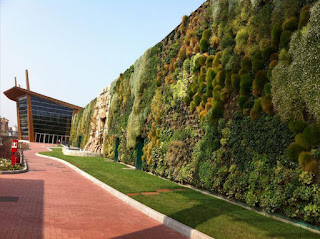 Are you going to lovely Bengaluru – also known as Bangalore – to attend The INTERNATIONAL GREEN CONFERENCE on November 26 – 28, 2012, in India?
Held at the Sheraton Bengaluru, the theme is RE-THINK SUSTAINABILITY in this established global business hub.

Presented by the Indian Green Infrastructure Network (IGIN), the conference promises to offer extraordinary insights and opportunities into the region where water quality issues demand re-thinking of our built environment.
The Conference will have presentations on the best green sustainable projects, futuristic design concepts, best practices in green technology, green city planning and interactive workshops. Vidhana Soudha, seat of the state government in the heart of Bangalore.
The International Green Conference endeavors to empower attendees with the latest technologies, developments and offer plausible solutions for important environmental issues.
The organizers hope to recognize the contribution of people who have contributed towards Greening India as well as projects from neighboring countries.
Focus Areas
• Move forward to a cleaner, greener and more prosperous economy
• Promote, preserve, and build coalitions that create and preserve our environmental future
• Showcase the best and most innovative ideas and strategies that can be utilized in green urban planning. Lalbagh Botanical Gardens
Fun Facts about Bangalore:
• It was founded in the 2nd Century and still has the same infrastructure drainage & sanitary systems – the oldest in the world
• has the highest number of public sectors and government organizations in India
• is considered the fashion capital of the East comparable to Paris
• was the first city in India to receive electricity
• is considered an antipode of Boston, in terms of IT
• has produced the highest number of professionals in USA – almost 60% of Indian population abroad is from Bangalore
• Lalbagh Botanical Gardens is credited to have one of the most diverse man-made collections of flora (read more!)
In case you haven’t yet, make sure to read The Indian Green Infrastructure Network Invites You to Bangalore in November! by Hema Kumar, Founder of the Indian Green Infrastructure Network.

Hopefully I’ll see you in historic and exotic Bangalore next week
ΠΗΓΗ:SKYGARDENS 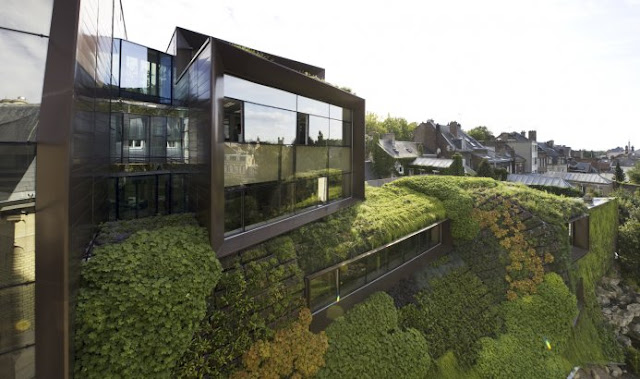 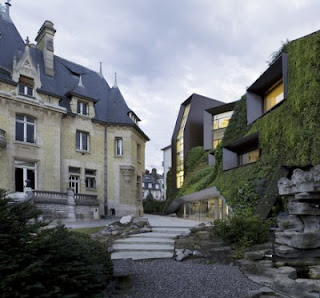 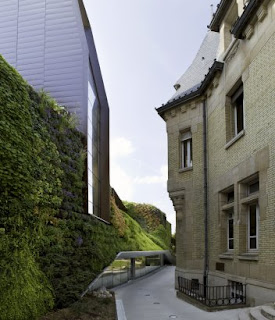 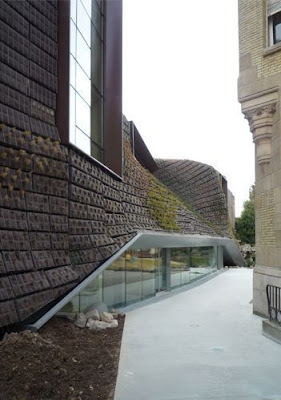 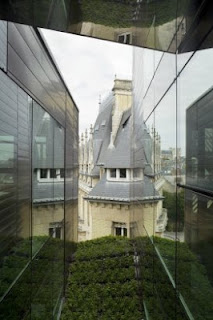 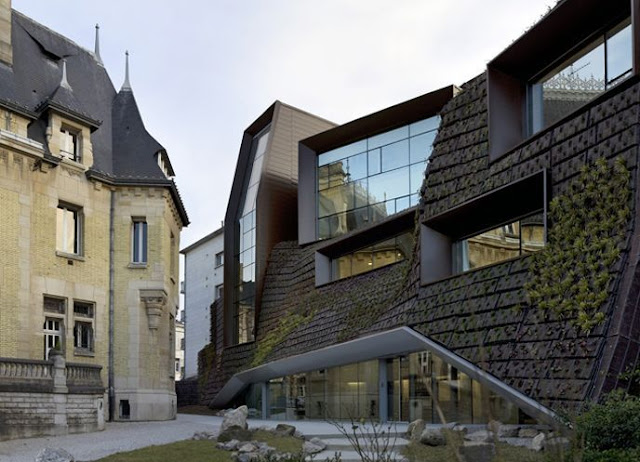 A rooftop project at Providence St. Mary Medical Center promises a variety of benefits for the hospital and environment.

Photo by Matthew Zimmerman Banderas
On a large section of the Providence St. Mary Medical Center roof, Troy Culp, project manager for Enviroscapes Northwest, tends to a newly planted green roof by placing river rock around a drain while hospital staff and others reflected in a window, look on,

Photo by Matthew Zimmerman Banderas
On top of a section of the Providence St. Mary Medical Center roof, hospital employees and green roof specialists, reflected in a patient window, check out the facility’s new 10,000-square-foot green roof made up of a mix of nine different types of sedum plants.
#WALLA WALLA -- On the rooftop of Providence St. Mary Medical Center a sort of secret garden is taking root.
#It is a virtual 10,000-square-foot blanket of succulents that will only ever be seen by a relative few but should be felt throughout the hospital for years to come, officials say.
#The "living roof" started as a replacement concept for a roof at the end of its life. But it is also expected to have benefits far beyond being environmentally friendly. It is also expected to cut power costs and provide a better overall experience for patients whose windows look out over the carpet of blooming sedums.
#Finishing touches were being put last week by Enviroscapes Northwest on what is believed to be the community's first such living commercial rooftop.
#"We really think there's going to be a benefit for our patients," said Larry Baer, the hospital's facilities director.
#The project, he said, started simply enough. "We had a roof that needed to be replaced," Baer said.
#Rather than change it out with a traditional roof and gravel covering, officials began to explore whether a more environmentally sustainable option was available, an approach that has become a flagship strategy for the hospital.
#They found Tremco Roofing and Maintenance, an Ohio company that specializes in green roofs and contracts with landscape firm Enviroscapes Northwest.
#The roofing method, which has taken hold in larger cities for a number of years, is expected to at least double the life of the roof because the plants protect the roofing membrane from the sun's ultraviolet rays, Baer said.
#It also adds insulation to the roof and is expected to provide relief to the power system, he said. On a typical 90-degree Walla Walla day, the rooftop reaches about 170 degrees, he said. With the new vegetation it will actually be cooled to 75 or 80 degrees. That reduction in heat will result in less work from the facility's heating and cooling units. Furthermore, the green roof is expected to bring stormwater savings of 70 percent by absorbing runoff.
#All of those savings would have been enough to justify the reported $600,000 price of the project, officials said.
#But there's another benefit particular to health care facilities, added Liz Hart, sustainable technologies specialist for Tremco.
#Unlike other sectors that are major users of living roofs -- municipal and education sectors, in particular -- green roofs at medical centers have been known to provide a source of comfort and healing for patients.
#Studies are showing that patients able to look out on the waves of blooms and greenery have reduced stress, lower blood pressure, may need fewer narcotics and report fewer overall complaints and discomforts. The result is a more positive overall experience, Hart said.
#At St. Mary, the new roof is visible for patients in the hospital's new Intensive Care Unit on the fourth floor, as well as the lower-level maternity ward.
#Around April or May the sedums -- popular for green roofs because of their water retention properties, hardiness and beauty -- should begin to bloom and will stagger throughout the warm months with white, pink and yellow flowers. The garden will need little maintenance, another selling point.
#Hart said it may need weeding once or twice a year. Tremco representatives will monitor the roof with visits the first couple of years. The shallow 2 1/2-inch beds are watered through an automated irrigation system. "It really takes care of itself," Hart said.
#The new roof may be just the beginning. A living wall of growing plants may be next to help block the hospital's radiation wall. As other roofs at the property need replacement, operators may choose to replace them with the living roofs.
#The change at the hospital is part of an ongoing history in recent years to embrace sustainability whenever possible. Initiatives have included everything from low-flow toilets and soy ink in the photocopiers to an overhaul of lighting and changeover to a digital control system and variable-speed fans to the air handling system.
#"Our hope is that these changes here will 'go viral,' raising environmental awareness in our homes, families and communities," said Linda Herbert, a nurse and co-chair of the hospital's Green Team.
#She said the efforts recently garnered the Facilities Department a letter of commendation from the American Society of Healthcare Engineers. Energy savings at St. Mary from the various initiatives was five times the average savings for all 44-member hospitals in the region from 2010 to 2011, she said
πηγη: union-bulletin.com
Αναρτήθηκε από Κων/νος Ζορμπάς στις 11:25 μ.μ. Δεν υπάρχουν σχόλια: