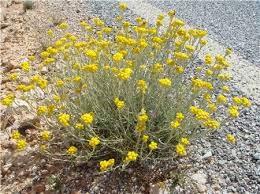 Green roofs are being studied as a means to increase vegetation and preserve aesthetics in old Mediterranean cities. In order to preserve ancient cities' local character and biodiversity, researchers are looking to native plant species that can withstand the low water environments that are necessary in lightweight green roof design. Xerophytes--species of plants that have adapted to survive in environments with little water--fit well in green roof construction plans, creating lightweight roofs that don't compromise ancient buildings' structural concerns. 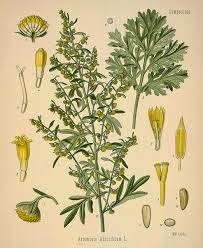 A research team in Athens explored the use of three Mediterranean aromatic xerophytes, Artemisia absinthium, Helichrysum italicum, and H. orientale, for use in an extensive green roof design. The study, published in HortScience, also investigated the practice of using of locally produced grape marc compost to promote drought resistance, and looked at the effects of different planting depths and irrigation frequencies on the three aromatics.
According to the Maria Papafotiou from the Department of Crop Science at the Agricultural University of Athens, most Mediterranean cities are centered around their old nucleus, which in many cases is characterized as a historical heritage. "These cities lack areas that could be converted into conventional green spaces, and thus there is an increasing interest in green roof systems. Green roofs are still relatively uncommon in Mediterranean countries, although these areas would significantly benefit from the ecological and technical functions of this technology," Papafotiou explained.
The scientists planted rooted cuttings of the three aromatics in a green roof infrastructure they then placed on a fully exposed flat roof in Athens. Two types of substrates were used (grape marc compost:soil:perlite and peat:soil:perlite ) at two substrate depths, 7.5 cm (shallow) and 15 cm (deep). The team applied two irrigation frequencies throughout the study: sparse (5 or 7 days in shallow and deep substrate, respectively) and normal (3 or 5 days in shallow and deep substrate, respectively), and recorded plant growth from May to October. 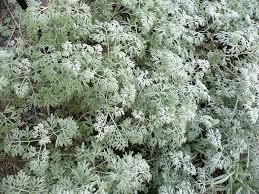 Results showed that all three of the plant species were established successfully on the green roof under all experimental treatments, although Artemisia absinthium generally showed the greatest growth as indicated by the final diameter and height of the plants. "With A. absinthium, grape marc compost-amended substrate produced taller plants and larger plant diameter compared with peat-amended substrate, deep substrate produced larger plant diameter compared with shallow substrate, and normal irrigation produced taller plants compared with sparse irrigation," the researchers said. "In both Helichrysum species, we found there were interactions of the main factors in almost all growth parameters; therefore, the only conclusion we drew concerning factor effects was that irrigation frequency did not affect the diameter and the dry weight of H. italicum plants."
The researchers noted that a "remarkable result" was that shallow compost-amended substrate with sparse irrigation resulted in similar or even bigger plant growth of all plant species compared with deep peat-amended substrate with normal irrigation.
"We determined that all three aromatic species were suitable for use in Mediterranean extensive or semi-intensive green roofs, and additionally found that the use of grape marc compost in the substrate allowed for less water consumption and the reduction of substrate depth without restriction of plant growth at the establishment phase and the first period of drought," Papafotiou said.
Note: This story has been adapted from a news release issued by the American Society for Horticultural Science
from:http://agrigate.gr/international
Αναρτήθηκε από Κων/νος Ζορμπάς στις 6:47 π.μ.